A place for everyone.

Dublin may be a small city, but what it lacks in size it makes up for in character. A popular choice for both business travellers and tourists alike, Dublin offers its guests a unique mix of Irish culture and colourful diversity set within a thriving global business hub. A short walk through the city will open your eyes to Dublin’s rich ancient history as charming cobbled streets and architectural glories dating back centuries steal your breath and introduce you to the sheer depth of Dublin’s fascinating roots. Your head will spin as you discover more of what makes this city so unique as you lose yourself in Dublin’s literary history, dig into the plethora of international cuisine on offer, or explore the largest capital city park in Europe. And what’s a visit to Dublin without a pint of Guinness in a local pub? Take your pick from over 1,000 of them or work your way through them all; your secret is safe with us! 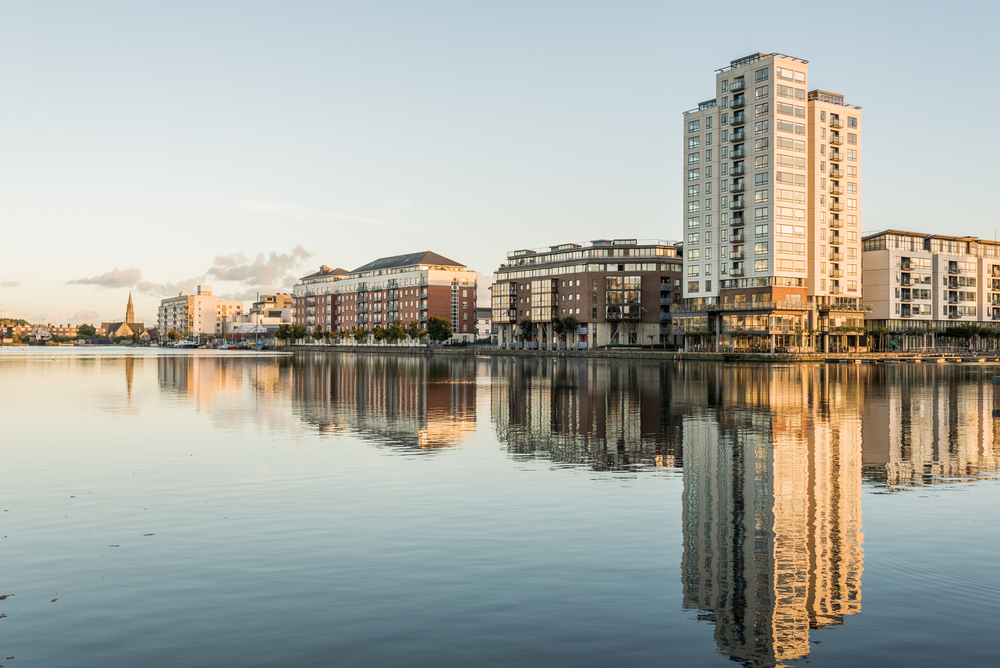 But it’s not just about what Dublin offers; it’s about how the city, so effortlessly, feels like home. All our Dublin apartments are carefully selected to ensure a comfortable and convenient home away from home experience. An experience adorned by world-class hospitality and apartments set within some of the most central and friendly neighbourhoods in The Capital of Ireland. And the best part? It’s yours for the taking. 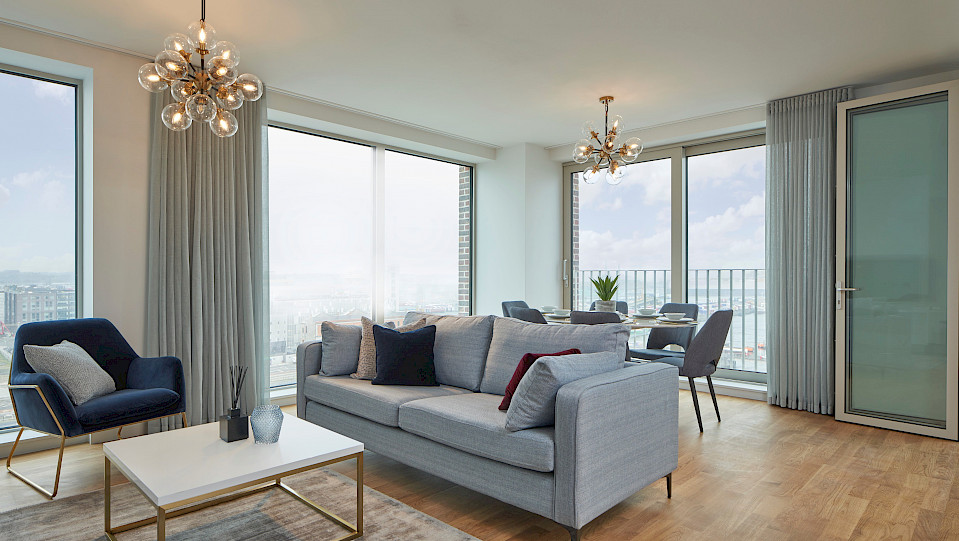 Beautifully located next to the River Liffey in the beating heart of Dublin, Synergy @Grand Canal Residence boasts five-star, luxurious apartments in one of the most sought after establishments in the capital. Standing proudly within the tallest building in Ireland across 22 floors, Synergy @Grand Canal's one and two bedroom apartments are nothing less than elegantly and tastefully designed.” 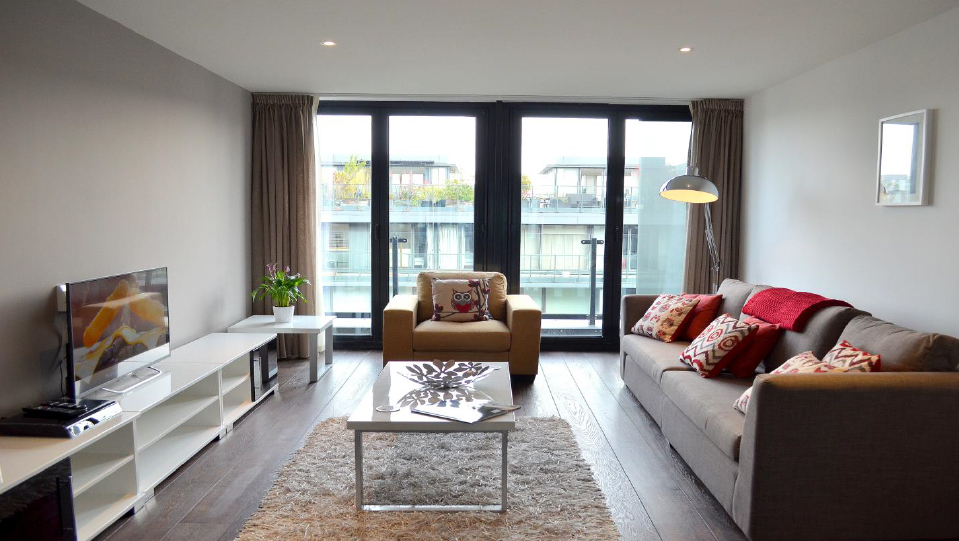 Located just a stone’s throw from the hustle and bustle of the heart of Dublin, Synergy @The Marker Residence is a popular choice for both tourists and business travellers alike. Choose between well-appointed one and two bedroom apartments which have been tastefully designed with style and comfort at the forefront of the mind. 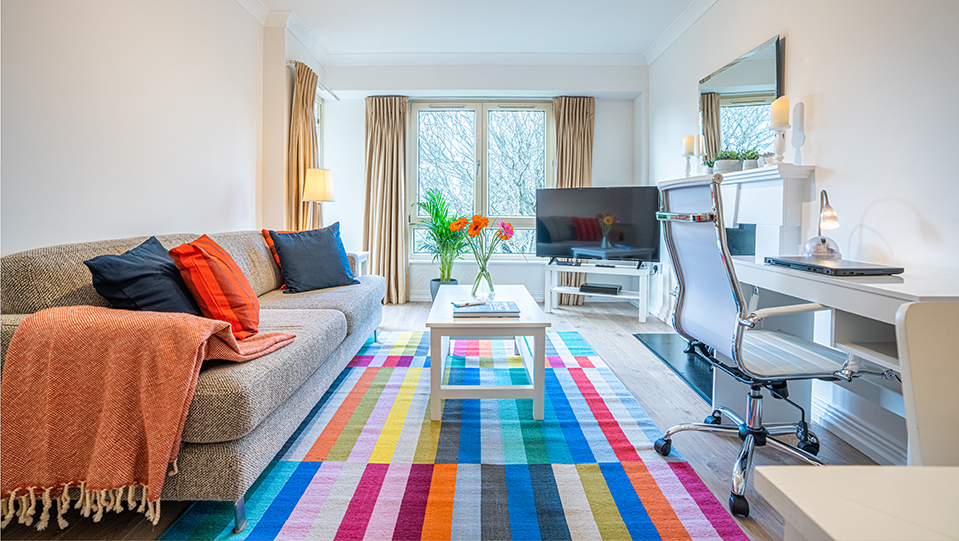 Synergy @ The Pines offers fully equipped one-bedroom apartments located in the midst of leafy Ballsbridge, with stunning green and calm surroundings that stretch along Herbert Park. The Ballsbridge neighbourhood—one of the city’s most sought after, is only 10 minutes away by bus or a quick 30 minute walk from the heart of Dublin's city centre.

From Camden with Love

Business travellers, relocating assignees, project teams, interns—all those in need of an exceptional home away from home in Camden—have we got a treat for you! The perfect measure of luxury, location, and leisure flawlessly executed with Synergy’s trademark client and guest hospitality awaits at 54-56 Camden Lock Place, London.

Adapt to Change (and Adapt Quickly), or Better Still “Rip Up The Rule Book!”

My thanks to James Foice, Chief Executive at The Association for Serviced Accommodation Providers (ASAP) for allowing me time to reflect and share my thoughts on these extraordinary times we find ourselves working and living through.  Pressing the pause button and coming up.

Continue Searching for Your Next Dublin Stay
Amazing accommodations across Dublin await. 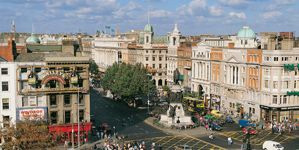